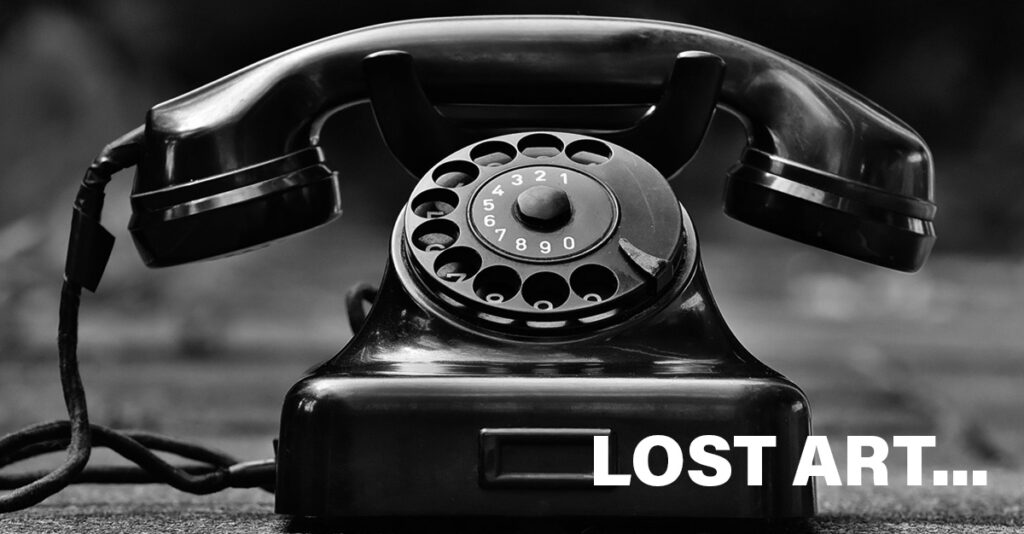 I have had several experiences lately where I am grieving over the loss of follow up.

You remember follow up. It’s where the person who you call then calls you back. Or the company who gave you a proposal follows up with out you calling them first. Or the company or person does what they say they are going to do or arrive on time the day they said they would. I believe it is key to the success of people and relationships. Lately the examples have been business related but I have also had experience with family members and it makes things so much more difficult than it needs to be.

This week I have several examples:
•The landscape company owner who came out and gave a nice proposal but after calling him back I had to call again where he then apologized because he was so busy.
•The person who has been working on doing some remodeling on the building who all of a sudden doesn’t show up for a week and then when I call him tells me he had the opportunity to have this remodeling job and he will be back next week.
•The beloved family member who I text and call and then wait for days until I either call again or they remember to call.
•The sales rep who keeps moving the date back week after week on items we have paid for up front and been waiting on for months and we have to call and follow up once a week.
I love follow up and I also promote people based on their ability to execute it. Let me tell you why I think it is a skill you absolutely have to have to succeed:

I have a person who worked for me who started out as a driver for us. Anything I asked him to do, he did it and always let me know when he was done. I never had to follow up with him on anything I gave him. After noticing that he was not only early every day but he always got things done I promoted him to a salesperson. He didn’t want to do it. I had to pull him kicking and screaming into sales. He wanted to stay hourly but I told him that because he got things done, he was organized and always followed up that he was already halfway there. He didn’t think he was a salesperson. He now is one of the Top Salespeople in our industry and makes 4 times what he was making before because he had the ability to follow up and was diligent in how he dealt with people.

I preach as a company that when a customer calls, we get a web site lead, we get a person who walks in and asks for a quote or that we promise to follow up on a question that if we just follow up we are miles ahead of the competition. Isn’t that sad? But it’s true. If we are the first one out there to hand him a quote, show the customer a machine, call back and do what we said we would do and then follow up we are more than likely to earn that persons business.

We spend a lot of money on software, smart phones and business phone systems but it means nothing if the person operating them doesn’t follow up with the customer.

I am not the smartest, smoothest, educated, technically savvy or best looking guy out there. But I like to cross things off my list every day, follow up and communicate and I think it has a lot to do with the success of my business. And I think I have used follow up enough times in this article.

I hope you like what you read. Putting something aside? Follow up on it. Make more money. Make someone happy that they didn’t have to follow up on you.